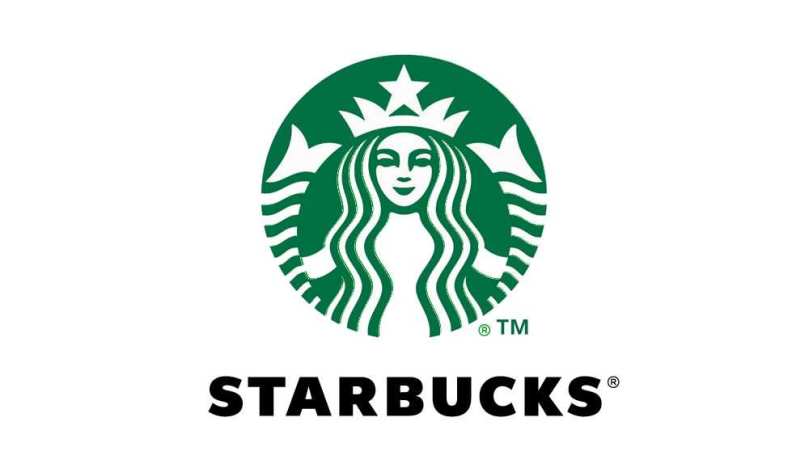 Wow, I didn’t see this one coming! Last week I wrote about a handful of businesses which were high on my conviction list: GIS, JNJ, KMB, SKT and VTR. I was pretty sure JNJ would become my next purchase.

But quite unexpectedly, the stock price of Starbucks came down with more than 9% on the day after its management announced a 1% growth in comparable store sales globally in Q3 FY18 instead of the previous growth numbers of 3%. Starbucks also laid out their strategic priorities and operational initiatives to accelerate growth and create long-term shareholder value. Besides a slower pace of licensed stores openings and closure of underperforming company-operated stores in densely populated areas, management announced an increase of its quarterly dividend to $0.36/share from $0.30/share and expects to return $25B to shareholders via buybacks and dividends through FY20, up from a prior target of $15B. The steep dive of its stock price and 20% increase of their quarterly dividend made me initiate a position in Starbucks.

Starbucks really doesn’t need an introduction here as it’s the largest and most well-known coffee business in the world. Their culture and business model have made them a very succesful corporation in less than 50 years. It’s a fully vertically integrated business controlling much of their supply chain, from source (growing beans) to manufacturing (roasting the beans) and sales (retail stores).

The funny thing is I don’t like coffee. I don’t like it at all ☺️. In my country, the Netherlands, Starbucks still has a relatively small footprint. But wherever I see a location of Starbucks I always notice the atmosphere in their stores of putting the customers’ feeling and experience at the top of priority. I found out only recently that CEO Howard Schultz stated he wanted Starbucks to be a “place for conversation and a sense of community. A third place between work and home” (Starbucks Company Information). Schultz summarized this concept in nearly the same wording in an interview: “We’re in the business of human connection and humanity, creating communities in a third place between home and work” (Pelley, 2006).

The company clearly uses its corporate social responsibility as a way of distinguishing itself from competitors; they’re focusing on protecting the environment and encouraging fair-trade. Starbucks branding is essential for their success as their in-store experience of customer focus generates customer loyalty which creates some kind of barriers against competition. Starbucks doesn’t advertise as it wants to stay out of regular marketing methods and let the customer experience speak for itself. By doing this, they try to uphold the status of being an upscale company.

Starbucks’ differentiation technique is high quality coffee and excellent service, but customers started shifting towards cheaper alternatives of direct competitors McDonalds or Costa coffee where they got similar services. As a consequence its net margins have declined in recent years from 14.39% in 2015 to 12.89% in 2017. That’s clearly a worrisome sign, but gaining the global brand recognition of Starbucks isn’t an easy thing to do, would take a very long time and demand a major financial undertaking. That’s why the price came down significantly this week: “has their business model come under pressure?”

China has a legendary tea-drinking culture that goes back thousands of years. However, coffee consumption in China has nearly tripled in the past four years, with imports of coffee growing 16% a year compared to about 2% in the U.S., according to the International Coffee Organization and the U.S. Department of Agriculture. An average person in mainland China consumes just three cups of coffee per year compared to 250 cups per person in the U.K. and 363 cups in the U.S., according to Euromonitor International. The growth figures and potential are staggering especially in some large cities like Beijing, Guangzhou and Shanghai. Starbucks relies heavily on China as one of their long-term growth markets besides the U.S. The Starbucks’ China/Asia Pacific segment is growing like crazy with revenues up 54% to $1.2 billion in the second quarter. Urbanization and industrialization will remain big societal factors in China and will thrive their economy. Consuming Western products is a luxury fashion statement for the rapidly growing middle class and millenials in particular. So Starbucks is just spot-on with their strategy of aggresively growing the footprint of company owned stores in China. There’s a huge potential.

I have to say that I was a bit early for the show and bought 27 shares for the price of exactly $54 a piece (including transaction fee) on Wednesday, the 20th of June. That equals to a forward P/E of 22.5. I hesitated to buy two chunks of smaller amounts, but unfortunately I didn’t. The price ultimately declined to around $50 a share. I’m confident with this P/E number as growth prospects for the longer term are still intact. I preyed for this stock quite a time and felt excited stepping in.

At the P/E ratio of 22.5, I closed in a forward dividend yield of 2.67%. They’re paying me $0.36 per quarter. So 27 shares totals to $38.88 on a yearly basis. This is definitely below my preferred step-in yield of 4%, but the dividend growth and payout ratio are phenomenal. Hopefully, market expectations stay depressed for a longer period of time which would give me the opportunity to double down on this one. I read fellow investors expected the stock price to continue its decline in the short-term towards prices around $48. I really hope so, instead of analyst firms making recommendations to buy or hold shares. Starbucks’ dividend yield is already at an all-time high, but a price of $48 would mean doubling down on a dividend yield of exactly 3%. “Where can I sign, sir?”

Starbucks has increased their quarterly dividend for 7 years in a row. That’s not a hell of a streak, but I’m convinced their shareholders rewards program will lean heavily on increasing their quarterly dividend in the future. They would become a dividend contender by then and that’s the first line to cross for getting credibility as a dividend growth stock. The most recent 20% increase is in line with previous ones; the 5 year dividend growth rate is in the 20-25% range. Applying the 72-rule means increasing the dividend annually with 20% will result in a double in just 3.5 years. Sweet! In fact, the 5-year yield on cost of Starbucks sits around 6.60% at the moment which is ranked higher than 99% of the 398 companies in the restaurants industry according to GuruFocus.

The dividend payout ratio based on analysts consensus of earnings of $2.66 in 2019 and a ftm dividend of $1.44 comes down to 54%. This gives the company enough opportunities to continue increasing their dividends in the future. Add in the prospective stock buybacks and a consensus average earnings growth rate of 14% as expected by analysts and you have to conclude we’re into something good.

GuruFocus states that Starbucks highest return on capital (Joel Greenblatt) was 121.97% which equals the current return on capital. These numbers are beyond comprehension. This is surely a good business as it creates tremendous value for its shareholders. Their RoC is even ranked higher than 93% of the 332 companies in the global industry!

The company announced an addition of $10B to their shareholder returns program in cash and share buybacks, up from its $15B for FY20. That’s more than 33% of the company’s market capitalization. Nice!

Well, that’s it. Adding a good business with a high dividend growth rate and tremendous business growth prospects doesn’t seem a bad thing to do. I like to end with a nice quote of Howard Schultz: “We’re not in the coffee business serving people, we’re in the people business serving coffee.”

What did you buy lately and have you considered buying shares of Starbucks? 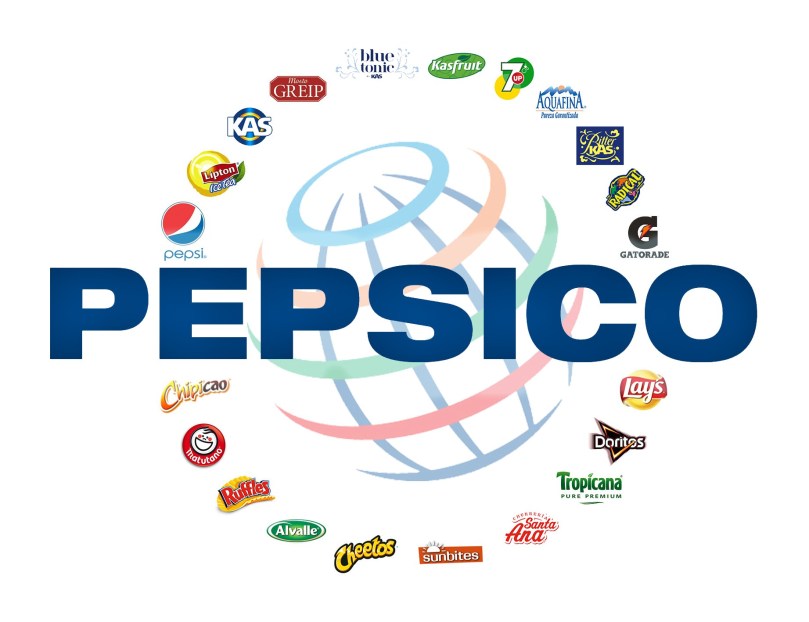 Today I purchased 9 stocks of PepsiCo (NYSE: PEP). I have tracked the price for some months and didn’t want to step in for a price around $110. Mr. Market got more depressed the last couple of weeks as food and beverage companies in general have fallen out of favor, and offered this great company for sub $100 prices. As expected, I waited too long (again) and got in at still a fair price of $100.45 (including transaction fee). I was eager to own a stake in this business as it’s always nice to add a dividend aristocrat to your basket of dividend paying companies.

PepsiCo has been on my watchlist for the last two years. It’s a great company with 22 $1B brands! It has a global footprint in over 200 countries. PepsiCo has a nice diversified portfolio of food and beverage products like Pepsi (Ah, I see), Gatorade, Quaker, Tropicana, Frito-Lay and much more. Their record of increasing their dividends for 46 years in a row is a proof of their sustainable business model and ability to generate free cash flow. PepsiCo continues to expect $7B in free cash flow for the full fiscal year. Their competitor Coca-Cola (NYSE: KO) has a mythical status; their brand recognition and marketing machine are exceptional (holidays are coming, holidays are coming…). Besides, uncle Warren made loads of money investing in this business. But their future shareholder returns do look a bit mediocre as compared to PepsiCo, imho. As consumer demand continues to shift towards nutritious products, PepsiCo is responding by improving the nutritional profile of many of its products by reducing sodium, added sugars and saturated fat. Pepsi also shifted their focus to the higher growth, higher margin snacks category, which should drive solid corporate results despite beverage market share weakness in general.

At the time of purchase the stock traded for a P/E of 17.5 (EPS based on the estimates of analysts for 2018). I usually wait for a lower P/E metric, say in the 15-16 range. But as always quality comes with a price. Besides, I really try to see my purchases in the bigger picture: “Does it really matter if I pay 15 or 17 times earnings for a share in a great business when my holding period is forever?” In case of a further stock price decline, I’ll gladly add more PepsiCo stocks in my beloved basket.

As I wrote earlier, PepsiCo has rewarded their shareholders for quite a number of years. They’ve increased their dividends for 46 years in a row. Let that sink in. A continuous dividend increase since 1973. Elvis was still alive back then! You’d expect that the dividend growth rate may slow down, but after increasing their dividend with a 7-10% increase for the last 5 years, they increased it with a whopping 15.2% from their prior dividend of $0.805. This stresses the confidence of management in the resilience of their business model.

The dividend payout ratio based on analysts consensus of earnings in 2018 comes down to 65%. This is a reasonable percentage for a company with a resilient business model selling multiple A-products. I certainly don’t expect multiple 10+% increases in a row from now on. Increases of 7% would do it for me.

GuruFocus states that PepsiCo’s highest Return on Capital (Joel Greenblatt) was 69.25%. The current Return on Capital sits around 63.32% so this company surely knows how to create value. Their RoC is even ranked higher than 90% of the 102 companies in the global industry!

The company announced in February a new stock repurchase program up to $15B common stock commencing on July 1, 2018, which will replace the $12B repurchase program that is scheduled to expire on June 30, 2018. The market cap of PepsiCo is around $142B so the addition equates to more than 2%. Nice!

My goal is to build a dividend portfolio that will pay enough monthly income to cover my living expenses.